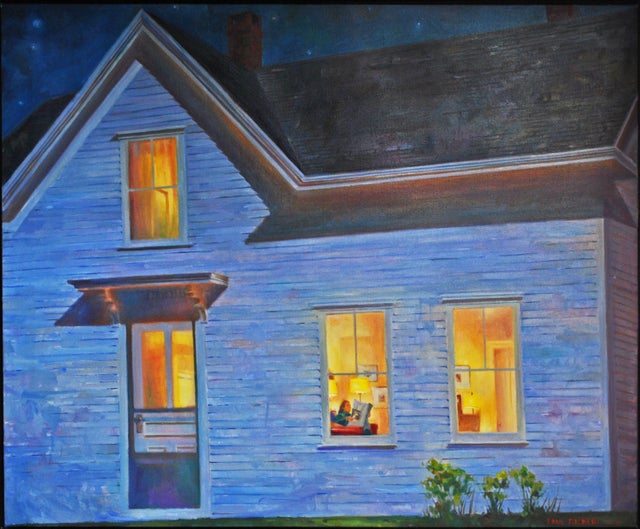 Paul Rickert was born in Philidelphia, Penn in 1947 to a noted artist and illustrator, William Rickert. Rickert grew up along the Wissahickon Creek, where we gained a fondness for the arts and music. In 1966, at the age of 19, Rickert was drafted and sent to Vietnam for a couple months. Once discharged, Rickert applied to the Art Center College of Design in Pasadena, California. He graduated in 1974, after earning himself the 1972 Gold Medal of Honor from the Allied Artists of America and the 1972 Edgar Whitney Award from the American Watercolor Society.

Mainly painting industrial and coastal urban scenes, Rickert was most tuned with watercolors, noting the difficulty and drying-speed of the medium. Utilizing saturated colors in his oil paintings, Rickert's nocturnal paintings played with the natural effect of lighting, evoking a romantic night-time scene in this painting, "Evening News". He currently resides in Stonington, Maine, a subject of many of his earlier watercolors.

It is currently framed in a floating walnut frame, with gold leafing on the front face.