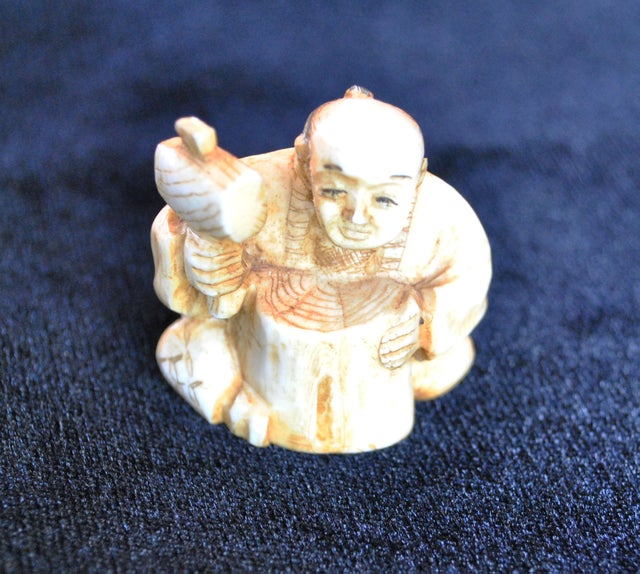 Small, intricate carving of man with hammer and log in ivory/bone.