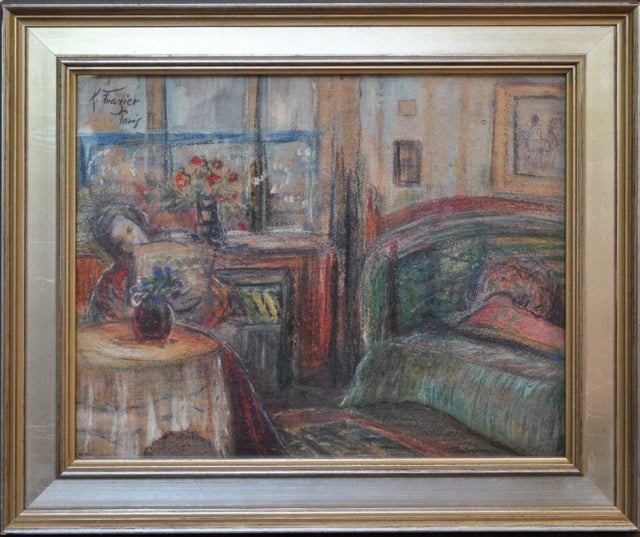 Kenneth Frazier was born June 14, 1867 in Paris, France to American parents. He spent most of his life between the two cities, graduating Lehigh University with a BA Degree, and returning to France to study painting at the Académie Julian under Benjamin Constant, Jules Lefebvre, and Jacques Doucet. From then on, he moved back to New York and worked as an artist, exhibiting at various gallery shows including the renowned New York City Armory Show in 1913. Frazier was elected an Associate of the National Academy of Design in New York City, in 1906 and was also a member of the Society of American Artists and the Century Club of New York in 1983. He is known mostly for his impressionist landscapes and portraits, usually of the feminine persuasion.