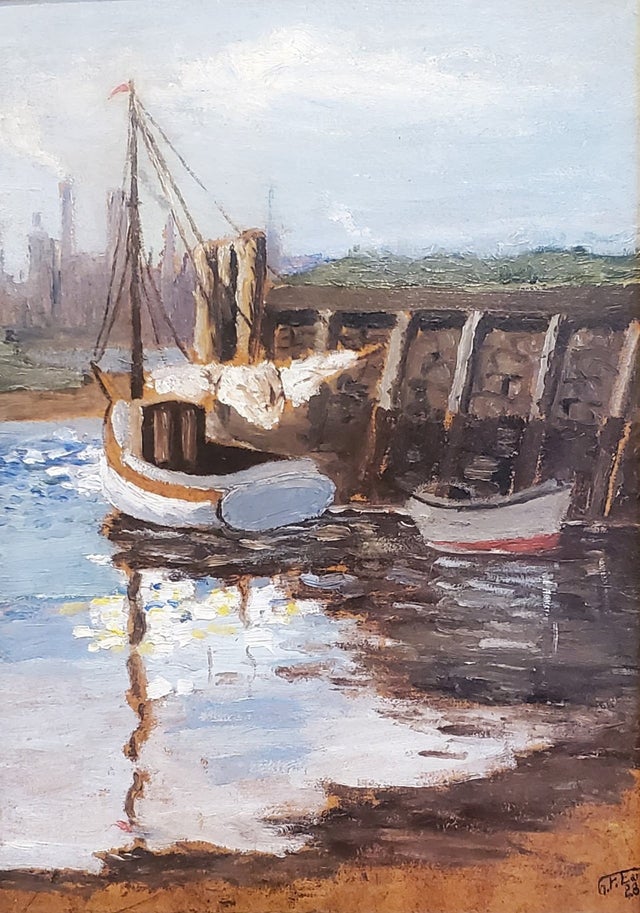 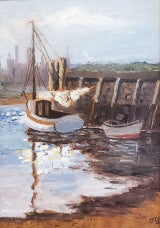 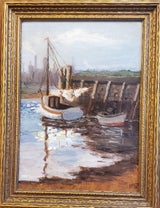 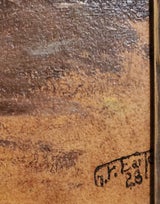 Oil on board of two sail boats next to a jetty

Charles Frederick Eaton was born in Rhode Island and studies as a painter in Paris. He settled in the south of France creating a career making lamps, candlesticks, and bookends using metal, glass, and leather. Charles went on to train his daughter as an artist who is known under her married name as Elizabeth Eaton Burton. Both Charles and Elizabeth exhibited at the St. Louis World's Fair (1904) and Alaska-Yukon-Pacific Exposition (1909) as representatives of the southern California Arts and Crafts style. Charles' work is strongly influenced by medieval styles and compositions.

Charles was also known as a landscape architect and horticulturalist. Gustav Stickley (one of the greatest designers of the time with the American Arts and Crafts movement) praised his work as a revolt " against the formality, the severe training and repression of Nature which constitute the first principles of the French and Italian systems of landscape gardening." Easton also introduced non-native plants to the climate of California, and scientifically evaluated how the plants reacted to the new climate conditions.