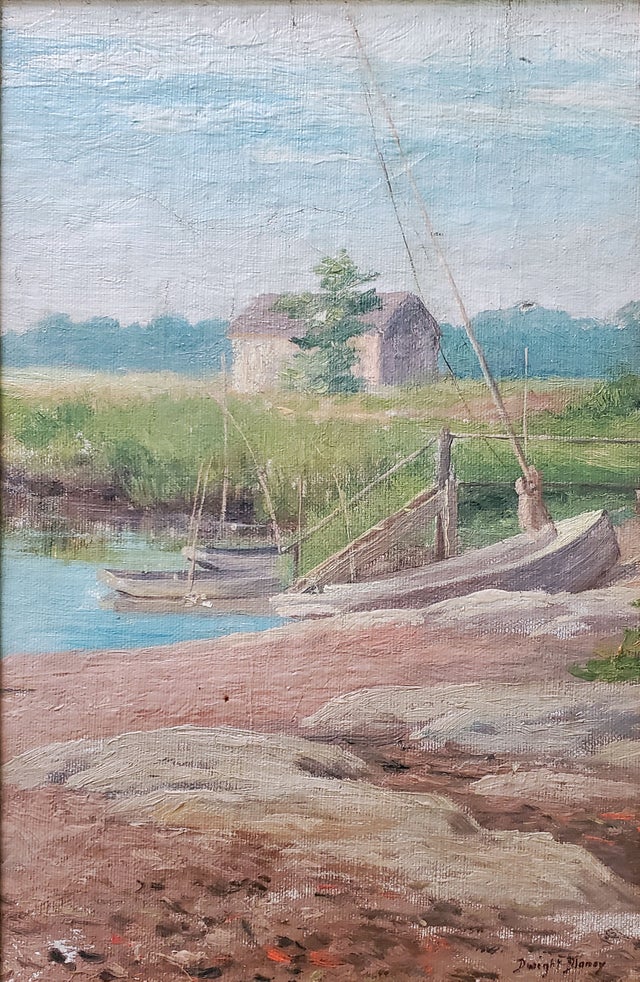 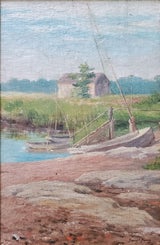 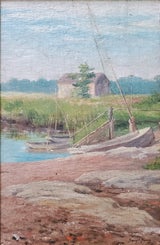 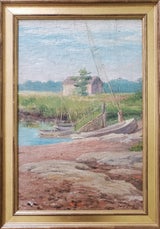 "Boston and Ironbound Island, Maine, painter Dwight Blaney (1865-1944), studied at the Boston Art School from 1886 to 1888, and in 1891 traveled to Europe where he met his future wife, Edith Hill, and spent two years sketching and working as a tour guide. Blaney married Hill on his return to the United States and the couple settled in Boston, but also had a home on Ironbound Island in Maine's Frenchman Bay. Over time the family acquired the entire island and John Singer Sargent and other painters came to visit and paint there in the summer months.

"Blaney was known for his Impressionist paintings in oil and watercolor, including landscapes, snow scenes, genre, and city views. He often visited Bermuda and was artistically inspired by the houses and the landscape there. Blaney was also an art collector and owned one of Monet's Haystacks series, in addition to being an active member of the Walpole Society which collected Americana. Blaney filled his homes with antique furniture, silver, pewter, and other decorative objects.

"John Singer Sargent was a guest of the Blaneys on Ironbound Island in the early 1920s, and painted Blaney in The Artist Sketching (1922). He also painted Woods in Maine on the island the same year.

In addition to painting and collecting, Blaney was a malacologist with a serious interest in documenting marine mollusk species."