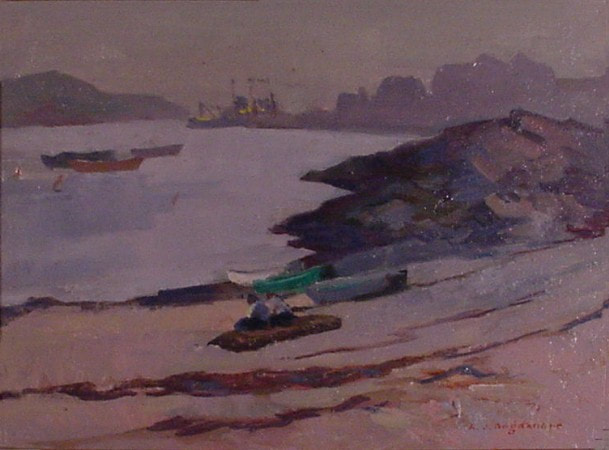 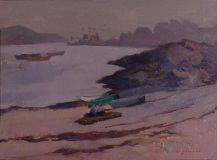 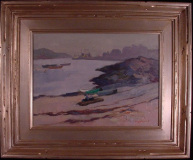 Abraham Bogdonave was born in Minsk, Russia and emigrated with his parents to America when he was 14. After studying at the Cooper Union Institute of Art, the National Academy of Design and with George Willoughby Maynard and Francis Coates Jones, he worked as a mural painter in New York City. He first visited Monhegan Island, off the coast of Mainem in 1918, and bought a house there 2 years later. He joined a colony of artists that included Robert Henri, George Bellows, Rockwell Kent, and Edward Hopper. He returned there every summer of his for the rest of his life.

He preferred to paint outdoors, emphasizing rocks and their masses. On Monhegan he studied with color theorist and chemist Maximilian Toch, who advocated the use of natural pigments and a limited palette to create harmonious palettes and paintings that were permanent and would not discolor or disintegrate because of poor color chemistry.

His work was included in annual exhibitions at The National Academy of Design, The Pennsylvania Academy of Fine Arts, The Carnegie Institute, and The Corcoran Gallery. His work is included in the Farnsworth Museum, Rockland, Maine and the Monhegan Museum, Maine.