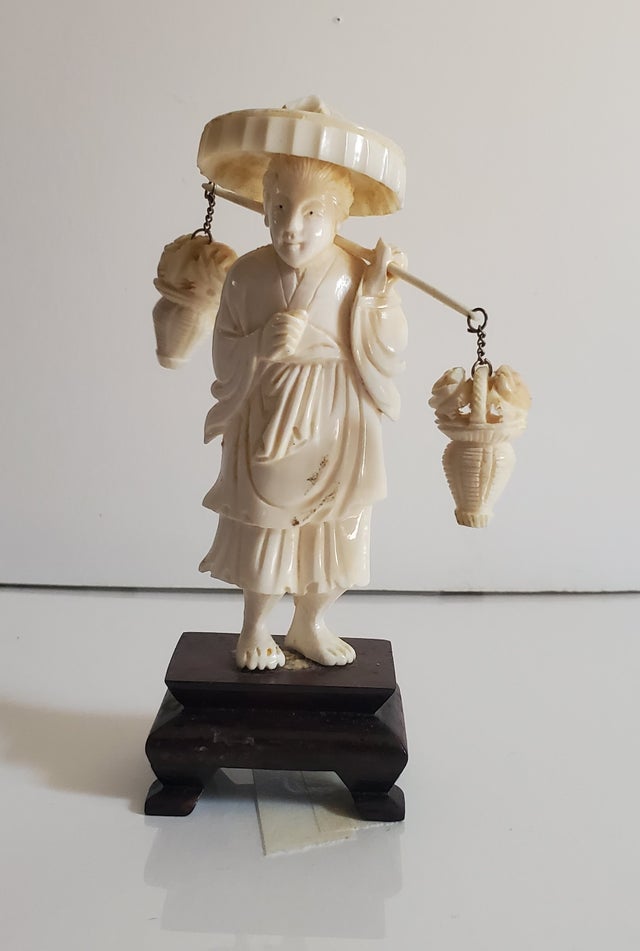 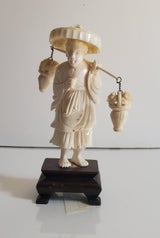 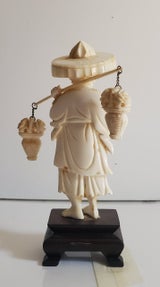 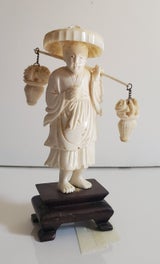 Small, intricate carving in bone. Figure is attached to a wooden platform.