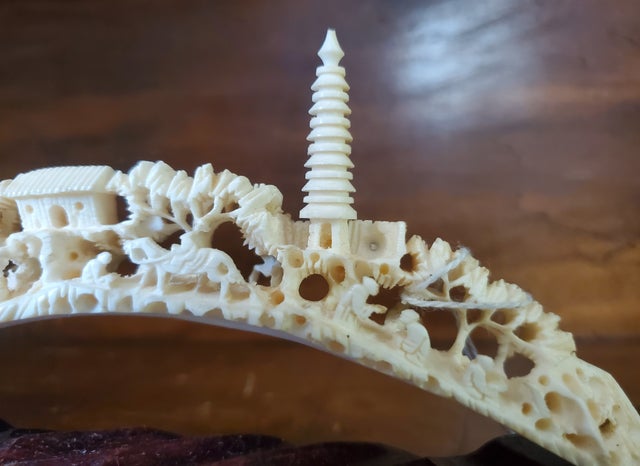 Small, intricate carving of a village carved into a curved bone. Small details include Japanese-style buildings, trees, figures, and animals.