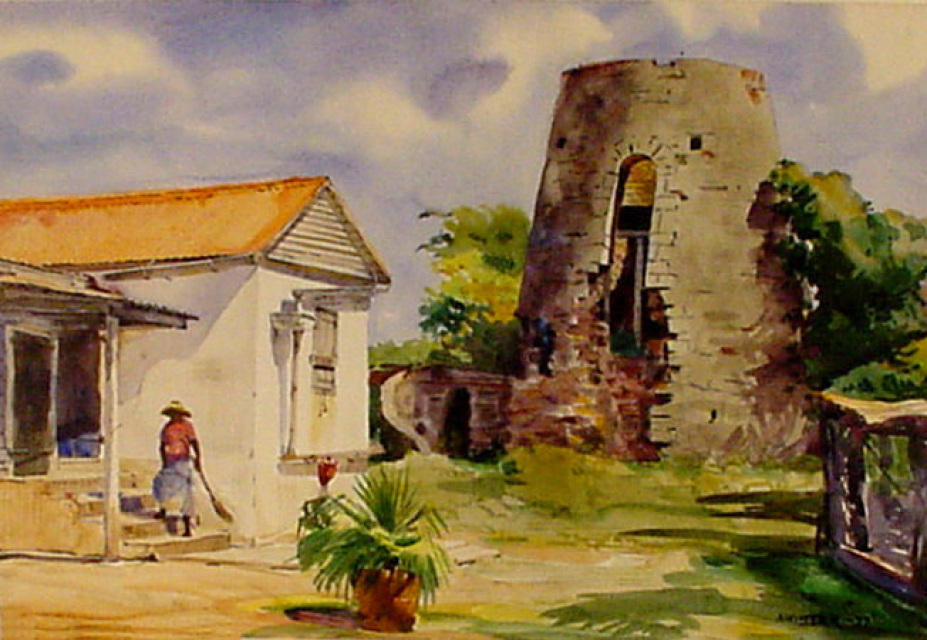 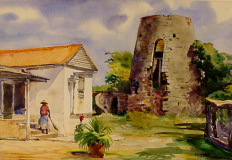 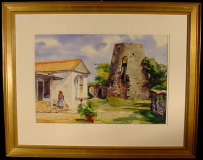 Andrew Winter was one of the many artists attracted to Monhegan Island in the first half of the twentieth century, and his best paintings were chilly scenes of the island in winter, when the gray-green sea was at its wildest and the stark little island village was hunkered down against the wind and cold. Andrew Winter set sail as an able-bodied seaman from the port of Riga, in nearby Latvia, in 1913 and rarely looked back. He sailed the world aboard square -riggers and steamships, the indelible record of his travels tattooed on his arms in the form of anchors and mermaids, geisha girls and bathing beauties, sea horses and dragons, tropical birds and flowers.

In 1940 Winter and purchased a cottage near the lighthouse not far from where the trails to Whitehead and Cathedral Woods diverge. Working in a little studio built on a bluff overlooking the village, Winter proceeded to spend the next seventeen years painting every square inch of Monhegan, from Lobster Cove to Fish Beach, Black Head to Gull Rock. Among his best and most sought-after paintings were those of the inhospitable seas and the village in winter. During his lifetime, Winter earned a modest living from the sale of his work and a slew of prizes from conservative arts organizations such as the National Academy of Design, Salmagundi Club, and Allied Artists of America. He also won federal commissions to make paintings for the U.S. Coast Guard and to paint a mural of sugar mapling for the Wolfeboro, New Hampshire, post office. A letter in the files at the Famswonh An Museum in Rockland written in 2000 by an Andrew Winter collector suggests that Winter should be considered "in the ranks of Kent and Bellows but somehow escaped this recognition and for the most part is unknown and unappreciated.

"He painted Monhegan in all seasons," notes in Maine In America: American Art at the Farnsworth An Museum (University of New England Press, 2000), "frequently rowing around the island in the worst of weather to capture scenes of the harshest seas and most dramatic views of the cliffs and rocks

The Farnsworth put Winter on what it calls its "A List" in the book along with Bellows and Kent.

As recently as the late 1980s, Winter canvases were selling, if they sold al all, for several hundred to just over a thousand dollars, but in the late 1990s prices paid for good Winter paintings of Monhegan started to climb into the tens of thousands of dollars .