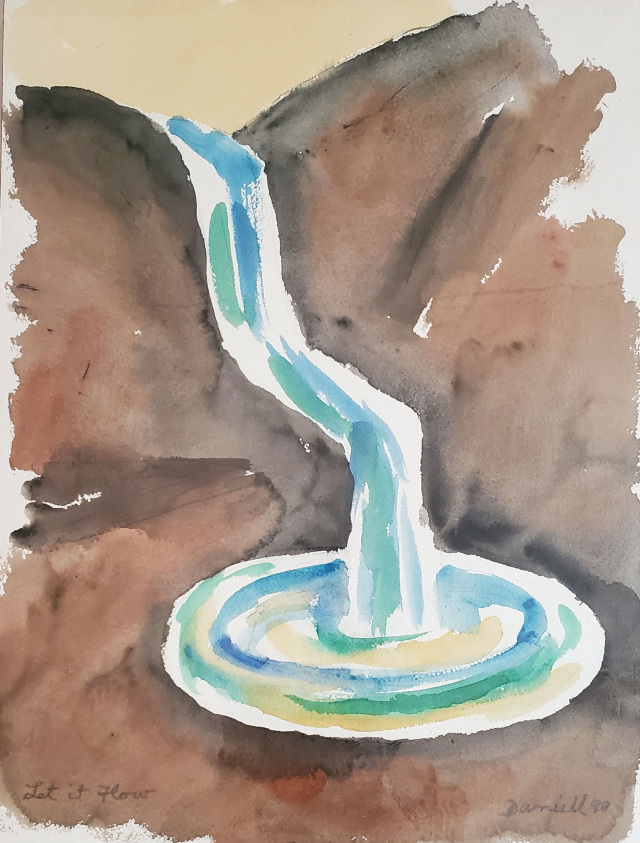 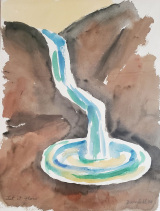 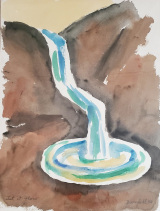 Contemporary watercolor of a waterfall and whirlpool created by Maine based artist George Daniell.