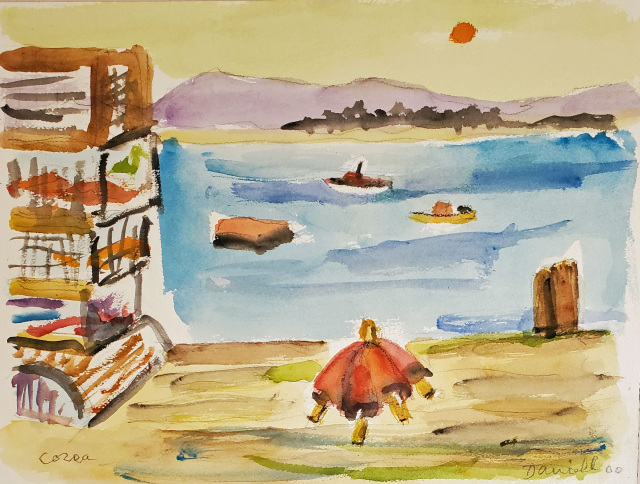 Contemporary watercolor of the Maine coast (Corea, ME), created by Maine based artist George Daniell.