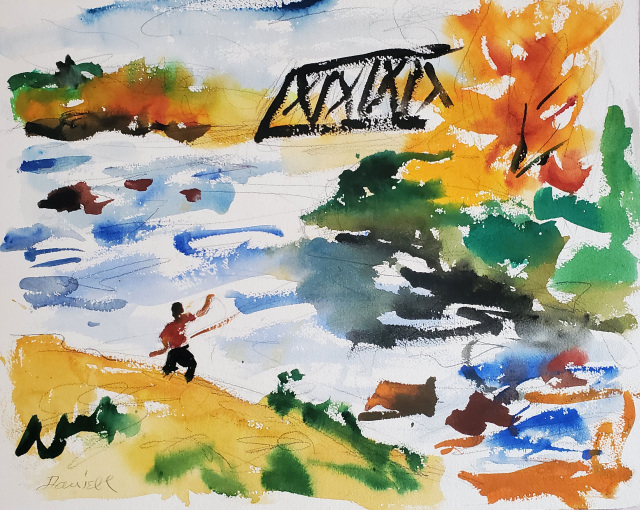 Vibrant, abstract watercolor of a figure fishing on the shore of a river near an iron bridge by Maine based artist George Daniell.