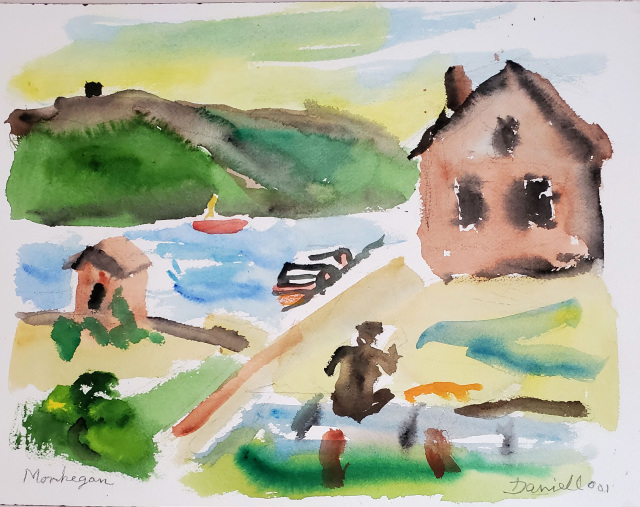 A colorful landscape looking out toward an inlet of Monhegan in Downeast Maine.

Watercolor and pastel on paper