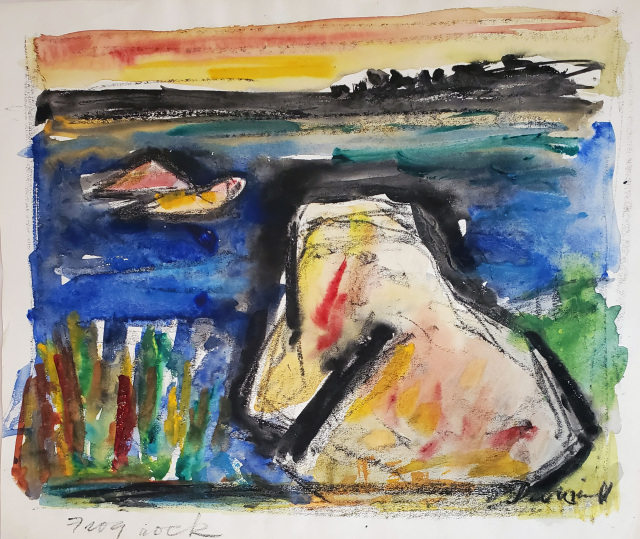 A vibrant seascape looking out past Frog Rock located in Downeast Maine.

Watercolor and pastel on paper