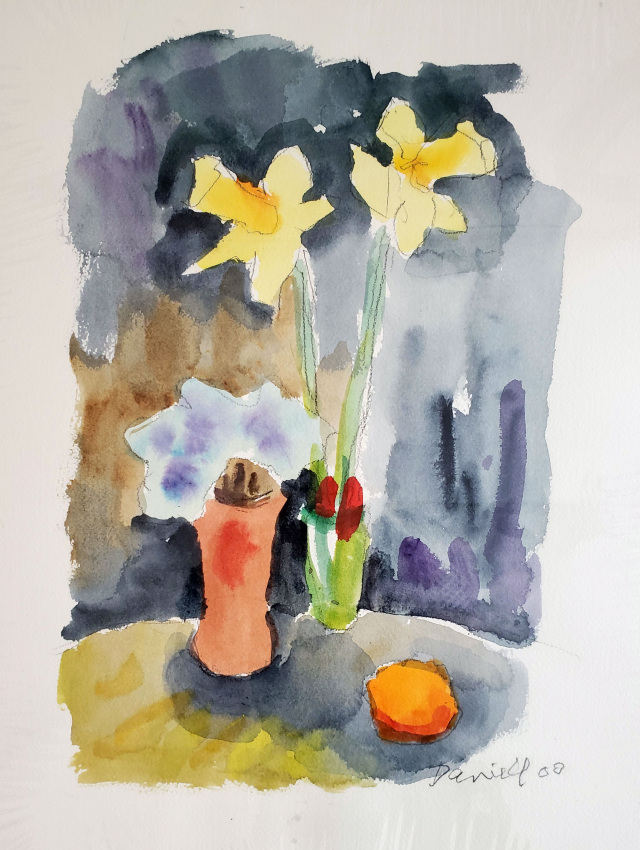 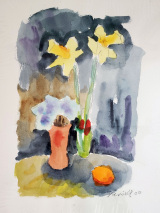 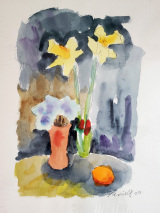 Watercolor and graphite on paper

Shrink wrapped on acid free matboard, no frame or mat