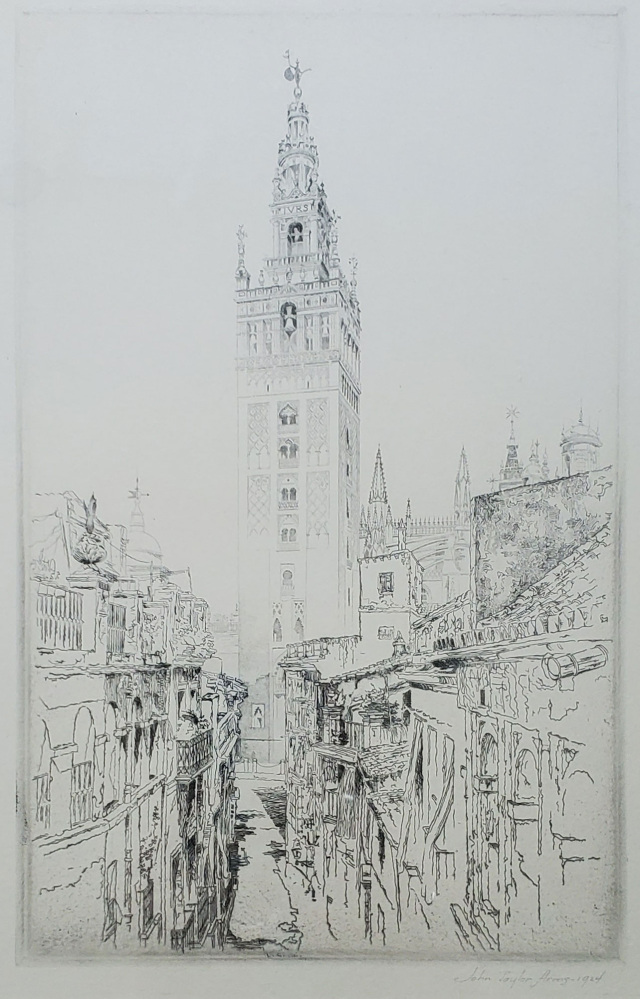 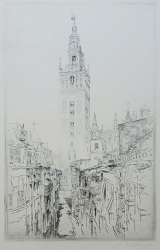 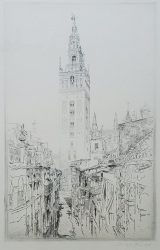 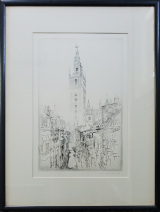 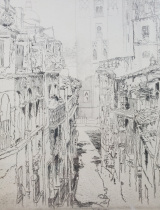 etching, pencil signed and dated 1924 by the artist

The finely detailed composition looks down an early 20th century city street (Seville, Andalusia, Spain) towards the Seville Cathedral or the Cathedral of Saint Mary of the See (Spanish: Catedral de Santa María de la Sede). Seville Cathedral, completed in the 16th century, stands as the largest cathedral in the world at 104.5 meters (343 feet).

John Taylor Arms is an American born graphic artist known for his finely detailed etchings focused in architectural subject matter. The artist began his studies in law at Princeton University then transferred to Massachusetts Institute of Technology in Boston to study architecture. His earliest etchings were published in 1919, following his career as an officer of the United States Navy in WWI.

One of his early subjects was the Brooklyn Bridge in New York City, NY. Arms developed a successful career as a graphic artist, and his subject matter shifted primarily to Gothic churches and cathedrals in Europe.

Arms used sewing needles and magnifying glasses to achieve a fine level of detail in his prints. The artist served as president of the American Society of Graphic Artists. Arms wrote the Handbook of Print Making and Print Makers (1934).