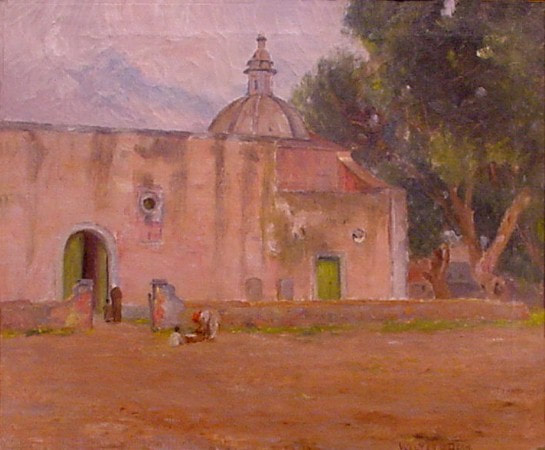 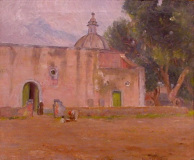 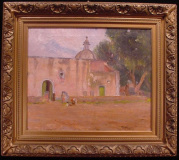 Walter Lofthouse Dean was born in Lowell, MA on June 14, 1854 and died at home on March 13, 1912 in East Gloucester, MA. He is remembered for his landscapes, coastal scenes, marines, harbors and boats. Dean's family moved to Boston when he was a young boy, but his strong ties to Lowell made him a constant visitor. He spent many hours on the water and became an expert sailor at a young age.

Dean entered MIT to study architecture but soon left to enroll in the Massachusetts Normal School. He worked hard and, upon graduating, he landed a position as a drawing teacher at the Boston Free Evening School. He worked there for two years and left for an appointment at Purdue University in Indiana, a position he held for almost three years. Dean's yearning for the coast led him back to Boston where he worked as a marine artist.

With encouragement, he left for Paris in 1882, where he studied at the Academe Julian under Gustave Boulanger and Jules Joseph Lefebvre. Achile Oudinot, a friend of Corot, was a teacher and friend to Dean for one year. Dean's studies led him along the coasts of Italy, France, Belgium, Holland and England before he once again returned to Boston.

Dean bought a yacht he named Undine in 1885, and in 1887 he was off to Gloucester to paint coastal, fishing, and harbor scenes which, of course, included a yacht or two. He kept a summer studio in East Gloucester for almost thirty years and, just a year before his death, he built a house near his studio. Dean worked in his Boston studio during the winter months and then, during the warmer months, he sailed his "studio" along the coast.

Exhibitions were sparse up to his early thirties and his first major exhibit was at the Boston Art Club Show of 1887. Dean exhibited with the Boston Art Club from 1879 to 1881 and then again, when he returned from his European studies, from 1886 to 1909.

One of Dean's paintings, "Peace," by a legislative act approved May 14, 1928, hangs in an office of the House Committee on Naval Affairs, an appropriate venue for a work produced by a man who lived and worked on and by the sea.