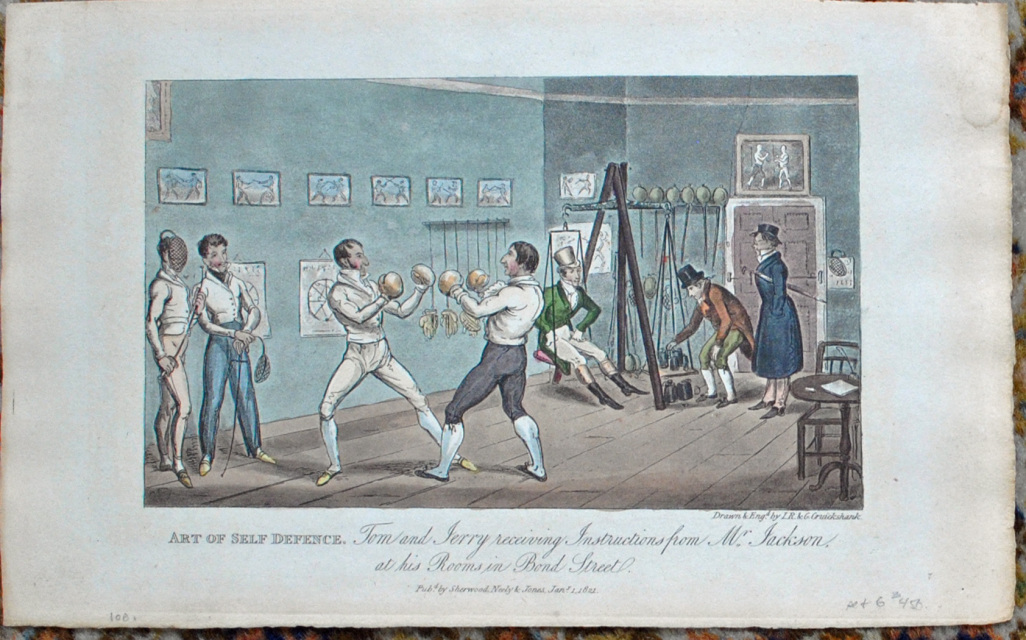 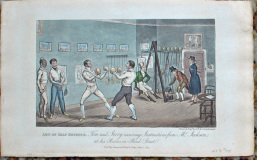 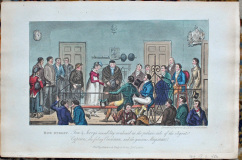 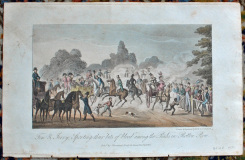 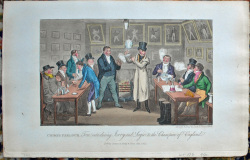 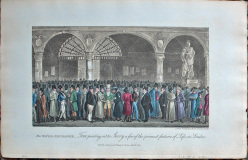 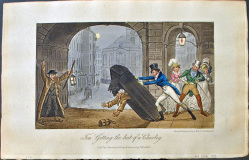 drawn and etched by I. R. and G. Cruickshank, Published by Sherwood, Neely and Jones, London

George Cruikshank was a foremost British book illustrator and satirist of the 19th century. Best known for his illustrations of Charles Dickens’ works, he produced detailed ink drawings that vividly captured everyday Victorian life while also skewering politicians and the royal family. For decades, he helped shape public opinion of the Tories, Whigs, and Radicals while championing British nationalist sentiments—sometimes through racist caricatures of foreign nations. Born on September 27, 1792 in London, England, his father, Isaac Cruikshank, was also a popular caricaturist while his brother Robert Isaac would also find acclaim as an illustrator. The younger Cruikshank wanted to study at the Royal Academy, but his father refused and instead employed him in his own studio, where he learned engraving and etching techniques. As a teen, Cruikshank began gaining popularity for a series of political caricatures he drew for the popular satirical magazine The Scourge, which helped launch the young artist’s career and eventually solidify his reputation as an important political voice alongside his contemporary James Gillray. Over the course of his career, Cruikshank would create tens of thousands of drawings and illustrate over 800 books, among them Dickens’ classic Oliver Twist. His prolific output continued despite a stroke that left his partially paralyzed. When the artist died at the age of 85 on February 1, 1878 in London, England, it was discovered he had father 11 illegitimate children with longtime mistress and former servant Adelaide Attree. His works remain housed in the collections of the British Museum of the Victoria and Albert Museum in London.