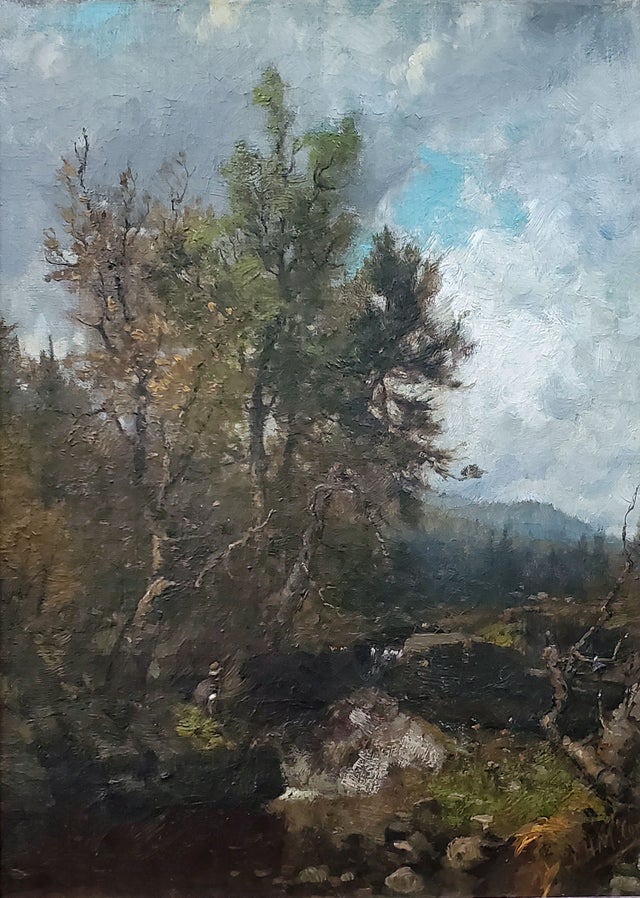 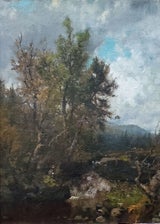 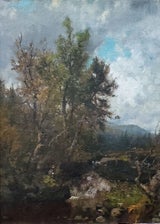 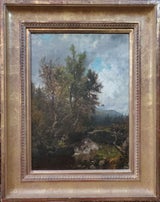 Nineteenth-century American art has few more prolific or protean personalities than George Herbert McCord. A remarkably adept draughtsman, McCord was also a master of the media of oil, pastel, and watercolor. Born in New York City in August of 1848, McCord took instruction at the Hudson River Institute and the Claverack Academy (Claverack, NY). He is also thought to have studied with both Samuel F. B. Morse and James Fairman. He exhibited at the National Academy of Design as early as 1868, becoming an Associate of the Academy in 1880. He also exhibited with the Brooklyn Art Association, the Art Institute of Chicago, and the Pennsylvania Academy of the Arts. From 1900 to 1901, he was president of the Salmagundi Club. The artist first gained public recognition in 1875 for two paintings which were done as part of a fund-raising drive for a monument to Washington Irving.

As McCord adopted many styles in many media, so he worked in many places throughout his life. He lived and painted for a time in both France and Italy. He painted throughout New England and eastern Canada and was one of a select group of artists invited by the Santa Fe Railroad to paint scenes of the Grand Canyon. McCord was also one of the earliest artists to paint extensively in Florida, first visiting the state in 1874. And Andrew Carnegie thought enough of the artist to invite him to paint the environs of his castle in Cluny, Scotland. McCord kept a residence in Brooklyn and a studio in Morristown, New Jersey. He also maintained for a time a studio in the famous Tenth Street Studio Building.

The incredible variety of his work in terms of both style, subject, and media make McCord a difficult artist to classify, which may account in part for his never having been accorded a more prominent status in American art history. Like his older contemporary, Sanford Robinson Gifford, McCord was obsessed by the effects of light upon atmosphere, his subjects seeming at times to virtually dissolve into the light. In this, the artist undoubtedly owes much to his generation’s fascination with the work of J. M. W. Turner. But the artist also had a darker side. Many of his compositions have elegiac overtones, outlining solitary edifices or lonely travelers against the last light of the setting sun. Although McCord could not have known the work of Caspar David Friedrich, his paintings in this vein are reminiscent of the great German Romantic. Perhaps then, instead of depositing McCord into that non-descript category of “second-generation Hudson River artists,” we might more meaningfully see the artist within the tradition articulated over three decades ago by Robert Rosenblum in his book Modern Painting and the Northern Romantic Tradition:

In Friedrich, Turner, and their Northern contemporaries, human passions become more and more relegated to the domain of nature, where man acts either as a luckless or evil intruder, to be devoured by avalanches, snowstorms, tempestuous seas, or as a silent worshipping mediator, to be equally absorbed by nature’s quiet, almost supernatural mysteries

George McCord’s work can be found in the Brooklyn Museum, the Lowe Art Museum, the Hickory Museum of Art, the Hudson River Museum, the Museum of Fine Arts, Houston, and the Albany Institute of History and Art, among others.