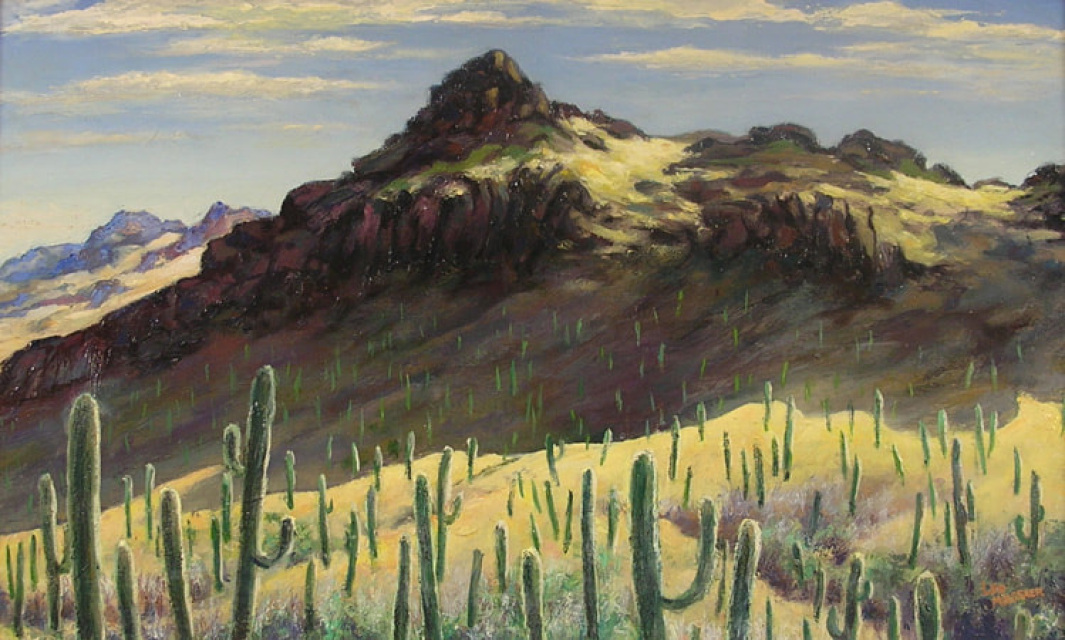 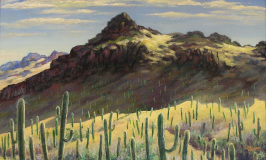 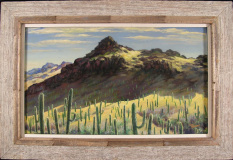 Leo Meissner enrolled at age fifteen in the Detroit Fine Art Academy where he studied with John P. Wicker. The exigencies of study without a scholarship or much financial support from his Bohemian immigrant parents, led young Leo to have to balance schooling in art with working odd jobs. On the troop ship to France, Meissner fell in love with the turbulent swells of the Atlantic and decided that it would be a fine subject for painting. He pursued the sea as a major theme in his painting and printmaking for the rest of his life.

After the war, Meissner continued to study at the Detroit Fine Art Academy where he won a scholarship to the Art Students League in New York. There he was able to study painting with Robert Henri and George Luks. With his new-found skills he got a job as assistant art director on the magazine Charm. By 1923 he was established enough at his job and had saved enough money to take a vacation. He had heard that the coast of Maine would provide good subject matter for a young artist who wanted to sharpen his skills in drawing and painting rocks, surf, and sea. After the night boat to Boston he headed to Boothbay Harbor, Maine and shortly thereafter took a fishing boat to Monhegan Island. He returned to New York with sketches and drawings that were to be the basis for a year's work of painting and the determination to save enough money to return to Monhegan the following year. Meissner returned to Monhegan virtually every year for more than a half century.

Although he supported himself in New York first at Charm magazine and later Motor Boating magazine and maintained a residence in Yonkers, he was most closely identified with Monhegan Island. He retired from magazine work in 1950 to devote his entire artistic effort to his own work--principally wood engraving in the 1950's and 60's.

Although Meissner was a fine painter, it is his mastery of woodcut, linoleum block and wood engraving that makes him the notable artist he is today. The relief block prints that Meissner produced to great acclaim were exhibited in virtually every American printmaking exhibition venue. In his career, which spans over 50 years, Meissner produced more than 150 relief prints.

Although Monhegan was the center of his artistic life and printmaking subjects for most of a half-century, Meissner also made brilliant Manhattan subjects in the 1920's and 30's including the Plaza Hotel, Future New York, studies of Greenwich Village and scenes of life in a bygone lower Manhattan. In the early 1950's he spent time in North Carolina's Great Smoky Mountains where he chose mountain cabins, rural farms and rushing mountain streams as subjects. He then spent a season in Arizona in and around the Oracle Mountains where he contrasted his previous work in the lush mountains of North Carolina with the craggy, arid beauty of the desert landscape and flora.

Meissner instituted the Loe J. Meissner prize in printmaking at the National Academy of Design for excellence in printmaking. Meissner was first an associate and then a full academician member of the National Academy of Design, as well as the Audubon Artists, Society of American Graphic Artists, the Print Club of Albany, Boston Print Makers, Michigan Academy of Science, Arts and Letters, the Prairie Print Makers, Old Bergen Art Guild, Salmagundi Club, Philadelphia Print Club, Boston Society of Independent Artists, Audubon Artists, and many others.