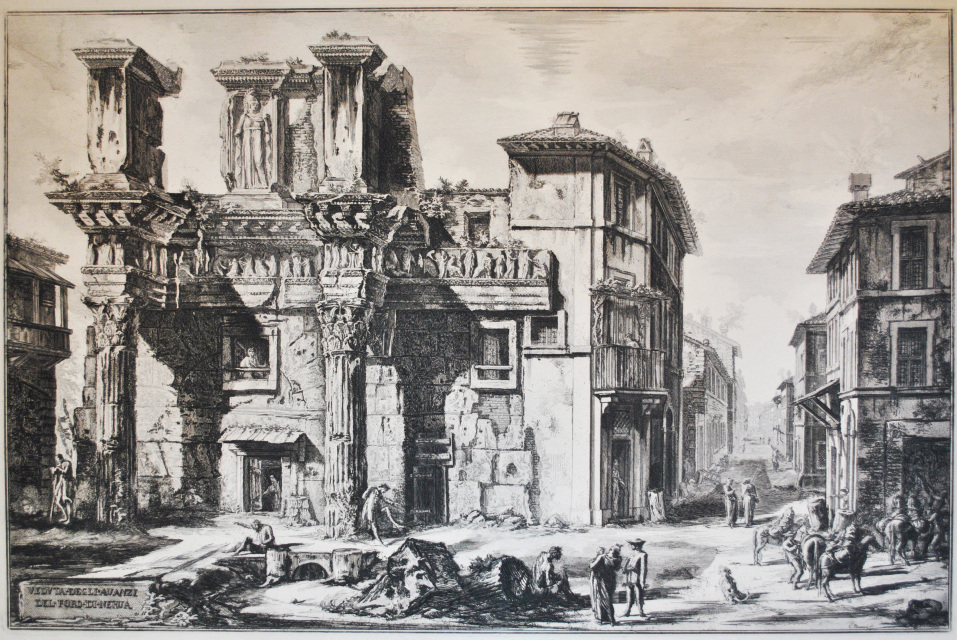 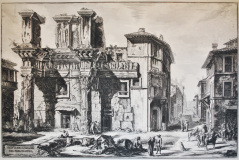 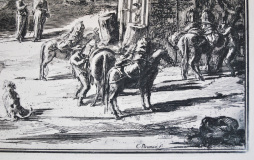 condition: mounted on board

"One of the greatest printmakers of the eighteenth century, Piranesi always considered himself an architect. The son of a stonemason and master builder, he received practical training in structural and hydraulic engineering from a maternal uncle who was employed by the Venetian waterworks, while his brother, a Carthusian monk, fired the aspiring architect with enthusiasm for the history and achievements of the ancient Romans. Piranesi also received a thorough background in perspective construction and stage design. Although he had limited success in attracting architectural commissions, this diverse training served him well in the profession that would establish his fame.

Whether or not Piranesi studied printmaking in Venice, it is certain that soon after his arrival in Rome in 1740, he apprenticed himself briefly to Giuseppe Vasi, the foremost producer of the etched views of Rome that supplied pilgrims, scholars, artists, and tourists with a lasting souvenir of their visit. Quickly mastering the medium of etching, Piranesi found in it an outlet for all his interests, from designing fantastic complexes of buildings that could exist only in dreams, to reconstructing in painstaking detail the aqueduct system of the ancient Romans.... By 1747, Piranesi had begun the work for which he is best known, the Vedute di Roma (Views of Rome), and he continued to produce plates for the series until the year of his death in 1778. Piranesi’s popular Vedute, which eclipsed earlier views of Roman landmarks through their dynamic compositions, bold lighting effects, and dramatic presentation, shaped European conceptions to such an extent that Goethe, who had come to know Rome through Piranesi’s prints, was somewhat disappointed on his first encounter with the real thing."

Department of Drawings and Prints, The Metropolitan Museum of Art