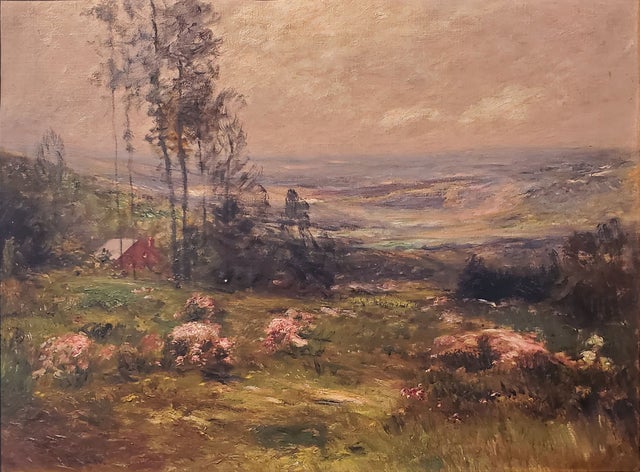 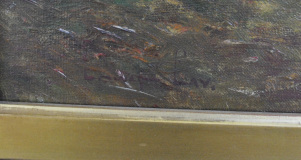 When Edward Gay was 11 years old, during the potato famine of 1848, his family immigrated to the United States. He is an American landscape painter who primarily depicted the local countryside in upstate New York.

Gay trained in Albany, New York under James Hart, William Hart, and George Henry Boughton. In 1862 he began his studies in Germany at Karlsruhe under Johanne Wilhelm Schirmer and Karl Friedrick Lessing. He returned to the United States two years later.

He moved to Mt. Vernon, New York with his wife Martha Freary, an art critic. "He exhibited in museums and galleries throughout America and painted murals for public libraries in Mount Vernon and Bronxville, New York." (Archives of American Art)