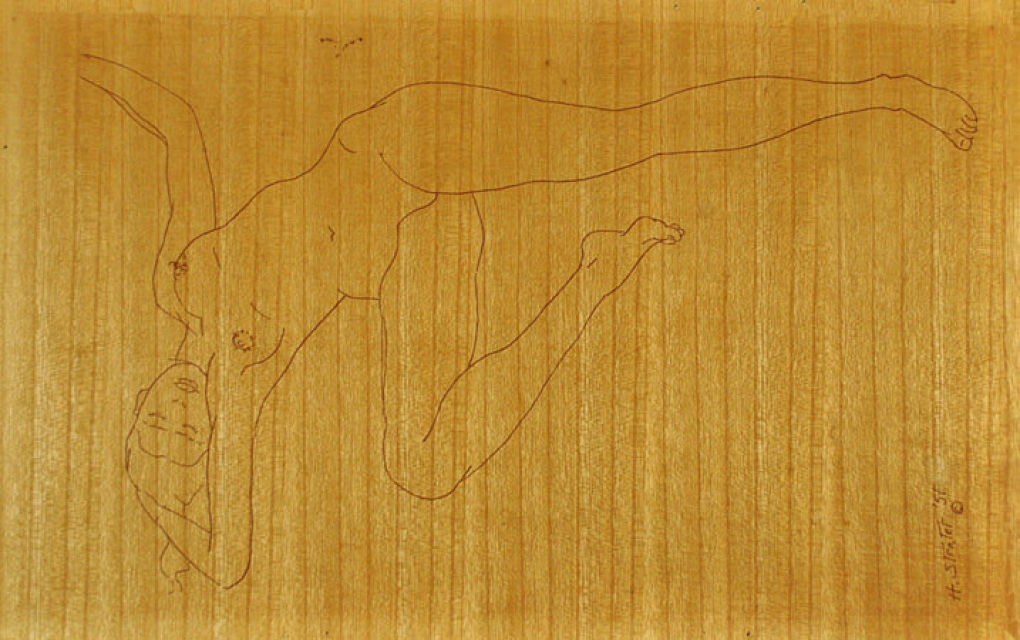 A landscape and figure painter, Henry Strater created work that ranged from modernism to academic realism. Early in his career, he was much influenced by the French painter, Paul Cezanne, especially his pre-cubist style of geometric fracturing. His later work was academic figure painting.

Strater was born in Louisville, Kentucky, and studied in Paris at the Academie Julian and the Academy Grande Chaumiere, with Edouard Vuillard; the Art Students League in New York; and the Pennsylvania Academy of Fine Arts with Arthur Carles and Charles Grafly.

In the 1930s, he and his wife spent six years in the Southwest to relieve her asthma, and he completed numerous Arizona desert landscapes, many along the Verde River. Upon discovering this area he wrote: "When finally I rounded a hairpin curve on the no guardrail raod over the mountain from Prescott to Jerome, and saw Jerome with Clarkdale and the Verde Valley stretched out below, I drew a deep breath and thought, 'This is it.' " (Ballinger, 77)

Settling in Ogunquit Maine, he maintained a studio there for fifty-five years and served as President of the local Art Association. He is credited with founding (in 1952) the Museum of Art of Ogunquit, and he served as Director of that museum.