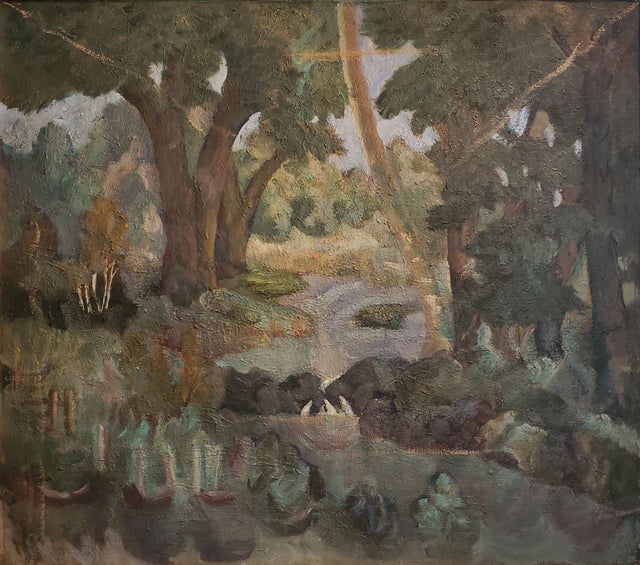 ﻿Mountfort Coolidge was born in Brooklyn, New York in 1888 and was a pupil of Robert Henri's. In the early teens he travelled with his family to Ogunquit, Maine, then already a thriving artist's community, and became a student of Hamilton Faster Field's. He continued to summer in Ogunquit for over 40 years, and was associated with such artists as Yasuo Kuniyoshi, Niles Spencer, Marsden Hartley, LIoyd Goodrich, Bernard Karfiol, and was often associated with the flamboyant society painter Channing Hare, with whom he operated a small antiques business.