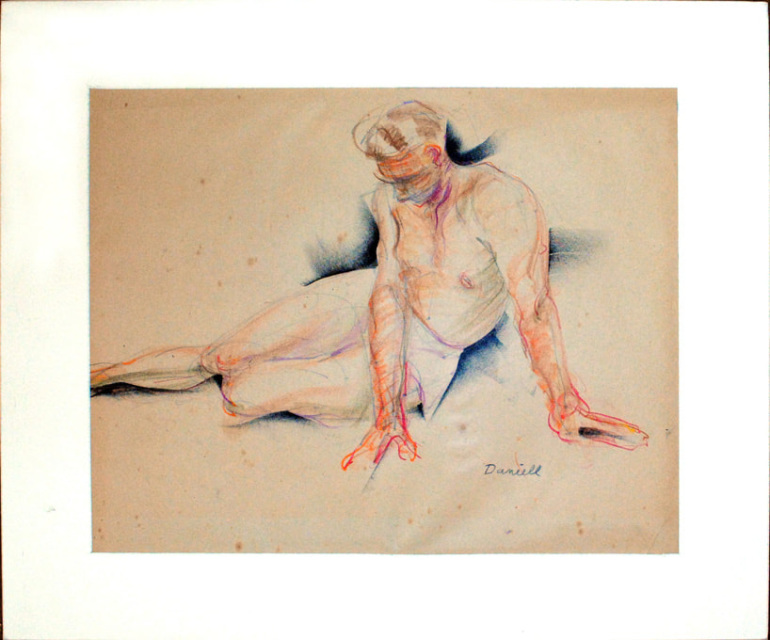 Yellowing on newsprint from age, two corners slightly torn but the drawing is intact. Paper is affixed to the mat with archival tape.