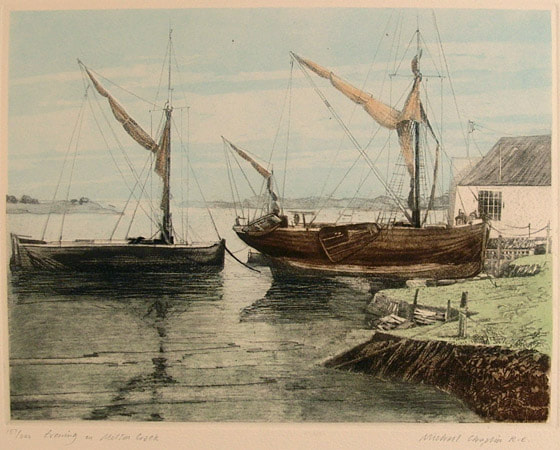 Michael Chaplin is a familiar and distinguished figure in the art world, nationally as well as internationally for his outstanding talents as a painter, etcher, writer, teacher and more recently as television personality on the extremely successful Watercolour Challenge on Channel Four. He is about to embark on his third series, having entered on a new stage in his teaching career which now reaches over 2.5 million budding artists a day. His book Mike Chaplin’s Expressive Watercolours will be published by Harper Collins in the autumn.﻿

Originally trained at Watford School of Art where he studied graphic design, Michael went on to complete a postgraduate course in printmaking at Brighton College of Art. Whilst at Brighton he was elected as one of the youngest ever associates of the Royal Watercolour Society, becoming a full member in 1997. Thus he fulfilled a life long ambition to become a professional painter, a desire he conceived from the age of 12. In both painting and printing Michael remains a figurehead of the British scene, with his work held in both private and public collection world wide. He continues to teach and run residential schools throughout Britain and further afield, this year in Lucca.