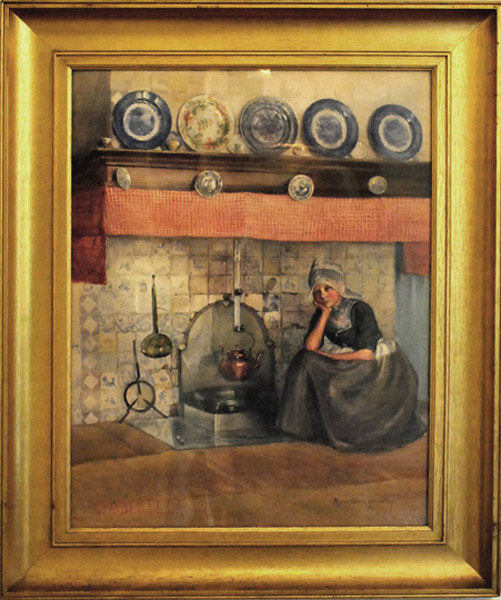 Marcia Oakes Woodbury was the wife of Charles H. Woodbury, a prolific and renowned American marine painter of his time and founder of the Qgunquit Art Colony (of Maine). Growing up in a small Maine town, her parents did not allow her to follow her dream of being an artist. Rather than face spinsterhood and oblivion, she escaped the confines of her home and followed her sister to an art class taught by Charles Woodbury. Painting under his inspiration, her talent blossomed. They soon after married in 1890, and went on a honeymoon in Europe. Holland became her inspiration and she lived there for a period of years. Within 8 years, she became known all over Europe, as well as in America, for her entrancing studies of children, as well as everyday scenes of Holland. Suddenly, back in America, she died at the age of 48 years old, extinguishing an extraordinary career.