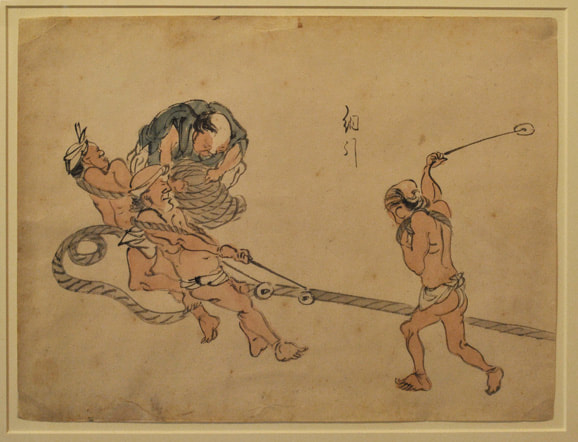 Workmen Hauling a Boat is one of Hokusai's later works. His coloring method in broken brushstrokes is intended to impart a more somber mood, reflecting his own sad mood at the time.

Hokusai is one of the most influential minds in the history of Japanese art. He was famous in Edo-period Japan and he was globally recognized years after his death. He described himself as the "old man mad about drawing." He changed his name nearly 30 times during his life and known for his unconventional behavior. He settled on the name Katsushika Hokusai in 1800. He never attained financially success even with his fame, living in poverty during the high point of his career. He was constantly on the move, picking up his studio and moving closer to new subject matter sparking inspiration.