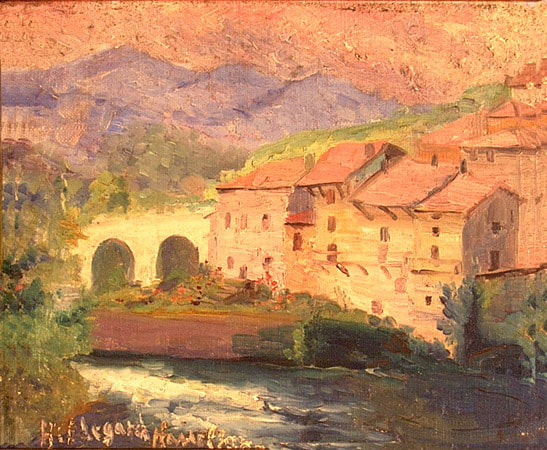 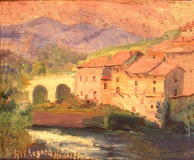 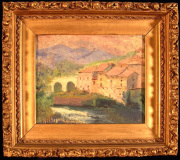 Oil on canvas board

"Hildegard Hume Hamilton was born in Syracuse, New York, in 1898. After her education there, and brief training at the age of six in art schools in Venice, Italy, while on a European sojourn with her father, she studied fine art at the Académie Julian, the École des Beaux-Arts and the Académie Grande Chaumière in Paris, France, during the 1920s and 1930s. After returning to the United States, Mrs. Hamilton studied at the Art Students League, New York, New York, and the Cincinnati Art Academy, Cincinnati, Ohio. Hamilton exhibited her topographical street-scenes and landscapes widely throughout the United States..."