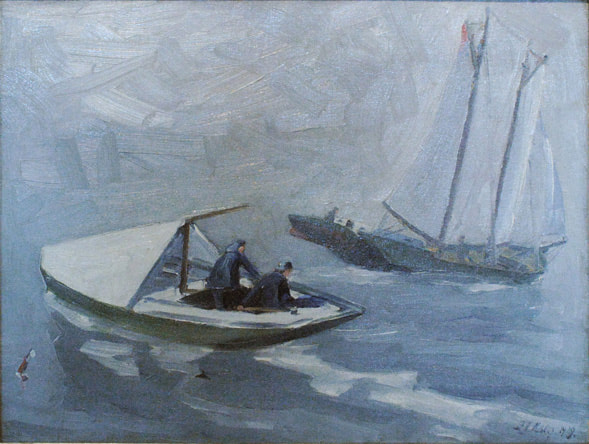 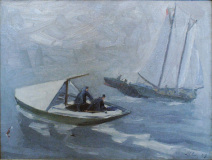 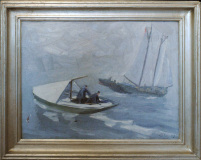 Around 1860, George Morse, together with several fellow artists, made up a group who called themselves `The Brushians'. The members lived and worked in the Portland, South Portland and Cape Elizabeth areas of Maine. They included C.F. Kimball, George Morse, Harvard M. Armstrong, Rev. Henry G. Clark and Edward Griffin and later John Calvin Stevens, John T. Wood, Frederick H. Thompson, Frederick J. Ilsley, C.C. McKim, Tom F. O'Neil, Walter Bailey, Millard Baldwin, Charles Fuller and Clifford Crocker. Some of the members are not well-known, but their work is historically significant because of the images they left of the Portland area and along the coast.

A connection to nature and an interest in observation, often played out as a dallying in art, were common pastimes for proper Victorian gentlemen. The Brushians were a group of artist-sportsmen who took expeditions into the Maine wilderness at the turn of the last century to hunt, paint, and commune with nature.