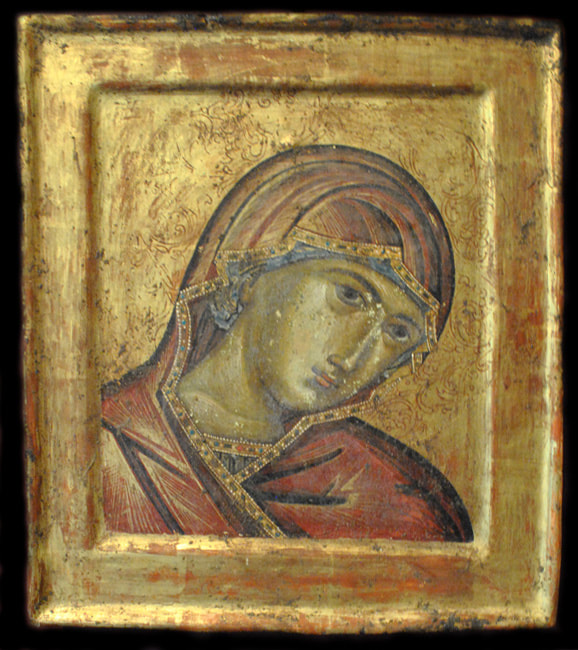 In the Orthodox tradition, icons usually depict Theotokos (The Mother of God) with the Christ child, however in some instances she is shown without him. Theotokos is the title used by the Eastern Orthodox Church when referring to the Virgin Mary. Mary is a form of Maria, the oldest name in the Christian Church. Some suggest the name Maria means "sorrowful; bitter" while other say it means "wished-for-child" or "rebellion." The Orthodox Church honors her on September 8th (the birth of Theotokos), November 21 (Presentation to the Temple), March 25th (The Annunciation). and August 15th (The Repose of Theotokos).

An icon of the Mother of God "is considered authentic, an object of worship, because it is a revealed truth." (Tradigo, 2006 ed.) The first portraitist of Theotokos is Luke the evangelist, although he did not paint her until after Christ's death when she was elderly.