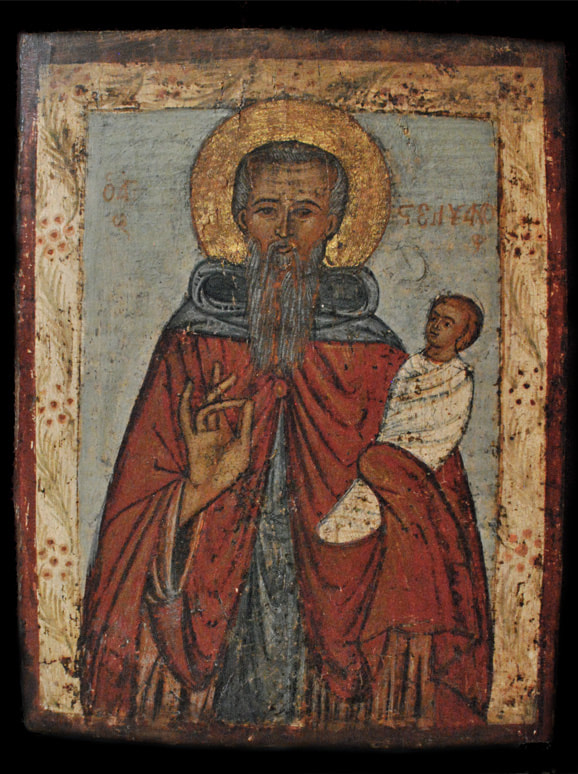 Saint Stylianus was born in Paphlagonia of Asia Minor (on the southern coast of the Black Sea, modern day Turkey). He lived sometime between the 4th and 6th centuries. After his parents died, he inherited their great fortune but chose to give it away to the poor. He had a great desire to help the less fortunate, and devoted his life to God when he left the city and entered a monastery. His strong beliefs inspired jealousy in other monks, and he was forced to leave.

After leaving the monastery, he lived alone in a cave in the wilderness. He spent his time praying and fasting. People of Paphlagonia sought him out for both knowledge and healing. His prayers healed many, both physically and mentally.

He was known for his love of children and he healed them. Even after Stylianus' death, the people of Paphlagonia believed he could cure their children. A painting of the Saint was hung over a child's bed when they were ill.

Due to his love and devotion to protect children, he is depicted in iconography holding a swaddled infant. He is asked to protect the children of pious Christians, and is called upon by childless women who want to have children.