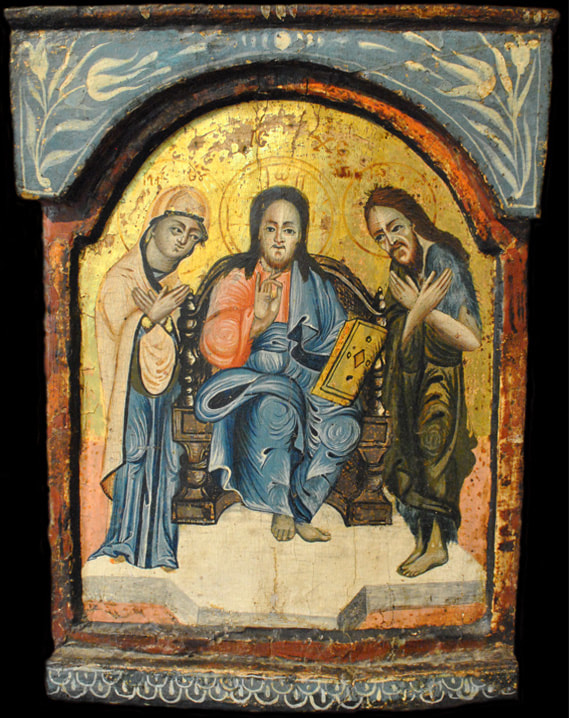 This icon was once the center piece of a tryptic. The two side panels, sadly lost once attached to the sides of this center panel with hinges. The two sides could fold over the central image. The art of painting religious icons existed for nearly 900 years before Russia began writing theirs. Russian religious icons first appeared after the baptism of the sovereign of Kyiv with the help of Byzantine masters. Greek iconographers tend to use more vibrant, higher contrasting colors than Russian iconographers. Russian religious icons labeled in an old language predating Cyrillic, while Greek Orthodox icons are labeled in Greek. Above the head of Christ, a few faint letters are seen inscribed.

This icon depicts the Deisis (Greek for "Prayer") Christ is enthroned as "Lord Almighty" and Mary and John stand on either side. Christ is They are there to intervene on behalf of the rest of humanity, asking him for mercy. The Deisis can be found on the iconostasis, a great screen covered with icons that separates the congregation altar in Orthodox Churches.