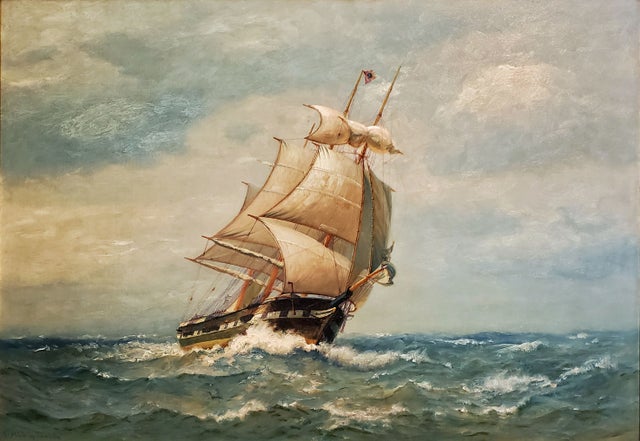 James G. Tyler, a maritime painter and illustrator, became very well known during his lifetime. He was born in Oswego, New York and at fifteen moved to New York City, training under the hand of the influential marine artist and yacht designer, Archibald Cary Smith.

After his formal training, Tyler fused his own very personal style into creating unified depictions of sea, sky and vessel. These paintings, which convey strong artistic moods and impressions caught the public's attention and generated many private commissions. Prominent magazines such as Harper's, Century and the Literary Digest made him a regular contributor, adding to his growing success.

Professionally, Tyler was very active in numerous art organizations including; the Brooklyn Art Club; the Salmagundi Club of New York, the Artists Fund Society and the Greenwich Society of Artists. He exhibited at the Brooklyn Art Museum (1879-91), the National Academy of Design (1880-1899) and the Union League Club among numerous other important art venues of the day.