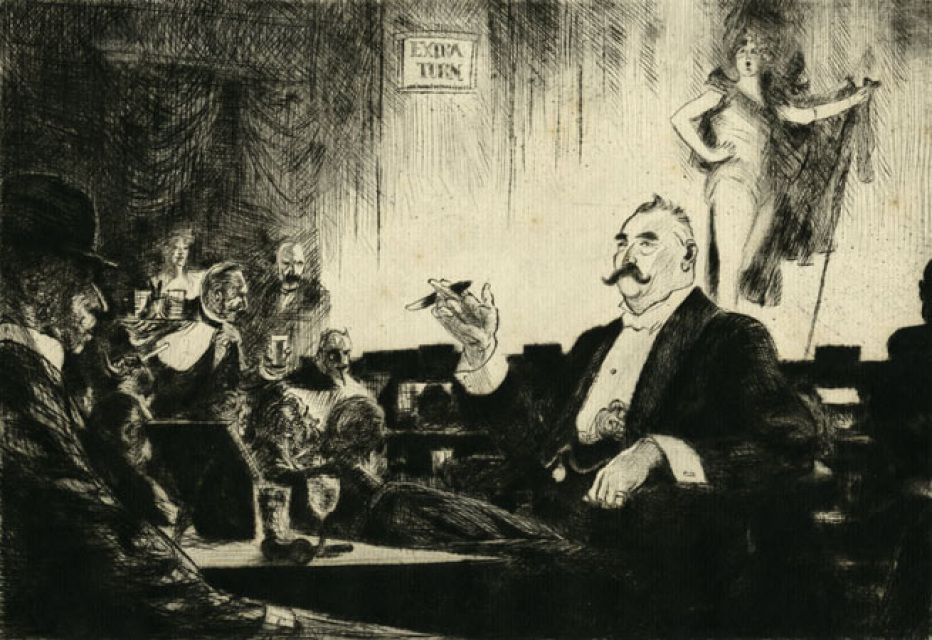 Published by Robin Garton in 1977

Gillett was born in Worlingham Suffolk. He took on a career as a clerk in 1891 while living in Lambeth London. In 1896 he decided to focus more on his artwork and submitted cartoons to the periodical Fun before starting a career as a illustrator at The Daily Graphic in 1898. He worked there until 1908 and then moved to Black and White and then Illustrated Sporting and Dramatic News.

He was a member of London's Langham Sketch Club and was an elected member of the Royal Institute of Painters in Water Colours. He left london in 1916 and moved to Aldeby, Norfolk.

Gillett worked in pen and ink, pastel, watercolour, and oil. He was known as a skillful caricaturist. His inspiration came from Norfolk's rural life and sporting events. He exhibited at the Royal Academy of Arts and he Walker Art Gallery.

Two of Gillett's works were submitted into the Mixed Painting, Drawings and Water Colours category at the 1928 Summer Olympics. He did not win a medal, but he was the only one to represent Great Britain.