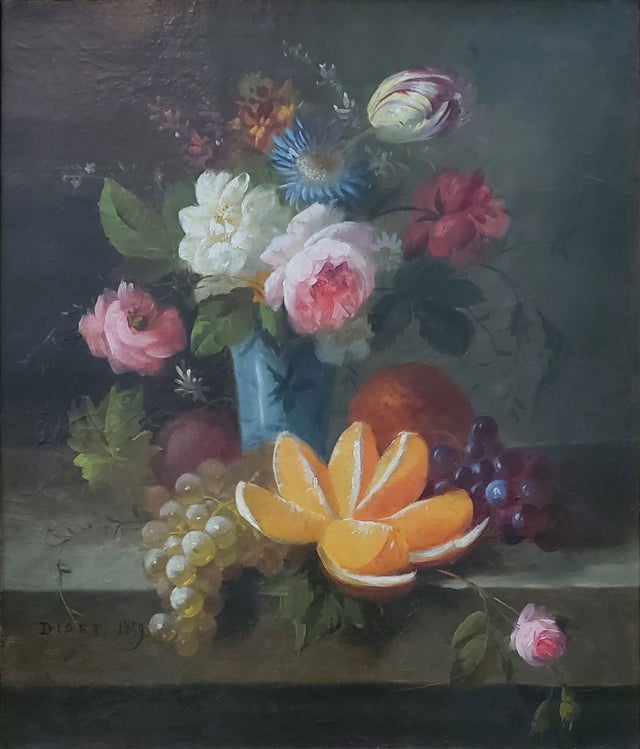 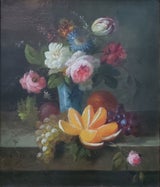 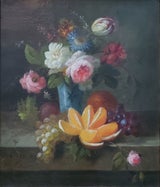 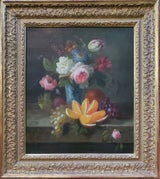 Diart, a French 19th Century painter, is well known for his still lives of flowers and fruit. Sliced oranges are frequently included in his compositions. The fruit and flowers act as symbolism for our own fleeting and inevitable mortality existing in this world-- motifs frequently used by 17th century Dutch painters up through the 19th century. The artist is capturing a brief moment of vitality; as rapid decay will soon overtake the subjects of his composition.