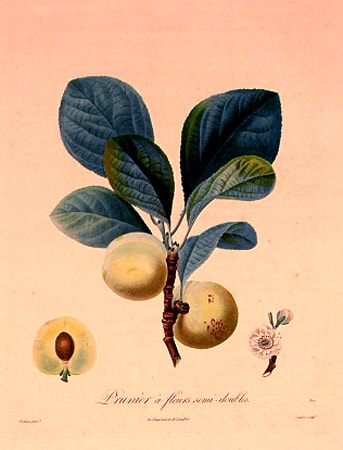 "Prunier a fleurs semi-doubles" by Langlois