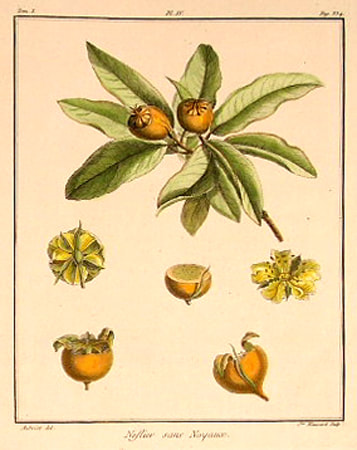 Claude Aubriel was a French draughtsman "of great eminence." He was a botanist who travelled the Grecian Archipelago and Thrace, the shores of the Euxine Sea and the northern districts of the Lesser Asia, and the far reaches of the confines of the Persian empire. He then returned through Galatia, Mysia, Lydia, and Smyrna, then home. He was prevented from visiting Egypt and Syria by prevalence of the plague in them. He settled again in Paris and was raised to the dignity of knighthood, both "as a reward for past merit and incentive for future exertion."

His life was unfortunately cut short during the height of his career and fame by a carriage accident while he was passing along a narrow street in Paris. He survived for a few months after before passing away in 1708. His death prevented him from publishing much of the knowledge he gathered in his travels and research. He only published two works "entitled to notice": Histoire des Plantes (1698) and Elemens de Botanique (1697).

From The Edinburgh Encyclopaedia