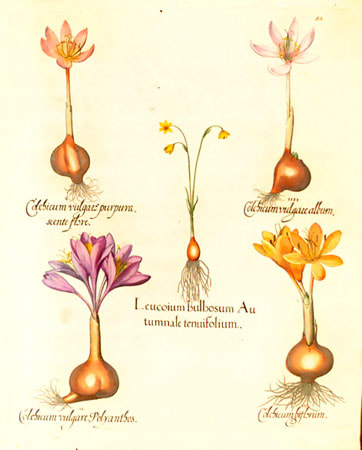 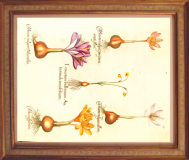 This plate depicts 4 varieties of Colchicum and one Leucoium bulbosum.

Colchicum is a genus of flowering plants containing around sixty species of perennial plants which grow from corms. It is a member of family Colchicaceae, and is native to West Asia, Europe and parts of the Mediterranean coast.

Colchicum bitflorum: a variety of Colchicum