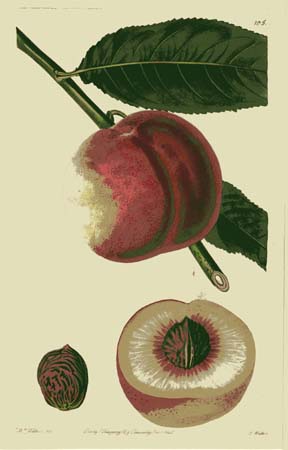 "The George the Fourth Peach" (The Pomological Magazine) by A. Withers and J. Watts