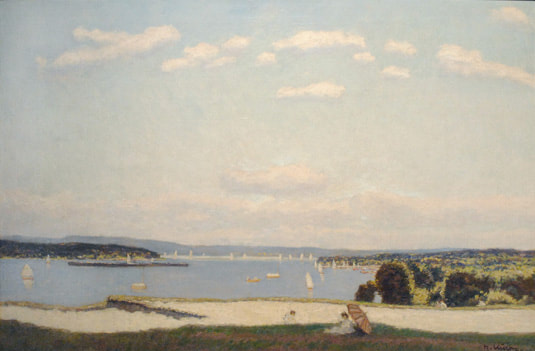 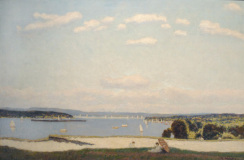 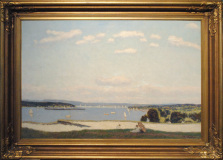 ﻿Herbert Huron was a landscape painter, restorer, draftsman, illustrator and etcher (1888 Breslau until 1951 Berlin). He studied at the Academy Breslau Carl Ernst Morgenstern, trained at Georg Müller-Breslau in Dresden (1847-1928) and at the Academy in Berlin with Friedrich Kallmorgen (1856-1924). Huron was temporarily active in the art colonies Worpswede and Nida on the Curonian Spit and a regular at Malaufenthalte in the Giant Mountains, in Thuringia, Mecklenburg, in the Alps and on the Baltic coast, and exhibited in Konigsberg, as a member of the National Association of visual Artists of Germany, active in Berlin, source: Thieme-Becker, Vollmer, Dressler, Müller-Singer, "Künstlerlexikon Prussia and West Prussia", Saur and Internet