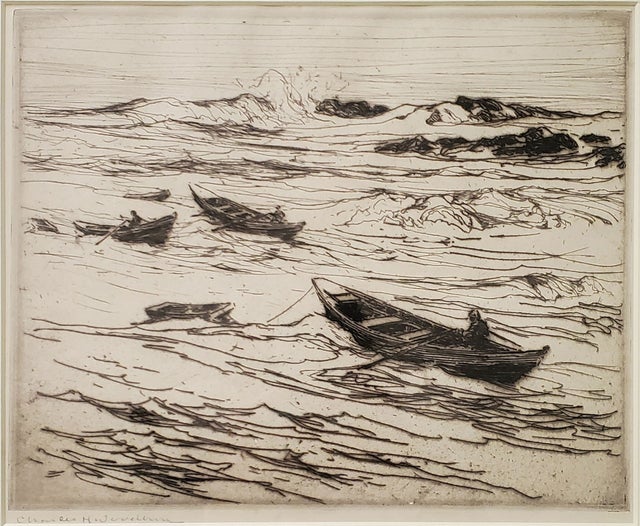 CharlesWoodbury was born in Lynn, Massachusetts July 14, 1864 the son of Seth H. Woodbury and Mary Parker. He graduated from the Massachusetts Institute of Technology with an Engineering Degree with Honors, 1882-1886. He took a few Life Classes at the Boston Art Club, 1883. After marrying Susan Marcia Oakes (1865-1913) in 1890, the couple went to study in Holland and then Paris, Charles at the Academie Julian in Paris with Boulanger and Lefebvre and Marcia at the Laxar’s School, 1890-1891. He was a member of the Salmagundi Club (1899); an Associate (1906) and an Academician (1907) at the National Academy of Design; Ogunquit Art Association; Society of Water Color Painters; New York Water Color Club; Guild of Boston Artists; Boston Society of Watercolor Painters.